I’ve been on a bit of a Harry Potter bender of late, making everything from wands and snitches to chocolate frog boxes and even a Fawkes puppet. One of the first things I made was a Hogwarts Acceptance letter, a project which I recently decided to revisit for a blog entry. It only took a little research to realised how far short my first attempt had fallen, and how much work was still ahead of me…


The first problem I encountered was that although there are some awesome typefaces out there, there were none that really matched the text on the Acceptance Letter. Being a bit of a stickler I have resolved this issue by creating some myself.

If you unpack these and drop them in your Fonts folder you should now have access to two beautiful new typefaces that closely mimic the look of the screen used props. Whilst creating these I also discovered a neat trick to do with “ligatures”, a feature that substitutes characters for glyphs when they are placed in a certain order. This feature is open to wonderful abuse, as you will discover if you type the word “mcgonagall” or “Minerva” using DearMrPotter ;)


I laid out the text in InDesign although you could probably manage this in Word at a push. The page size needs to be A5, so if you wanted you could get two letters out of an A4 sheet.

At the top of the page we have the Hogwarts logo. You can either save this JPEG or download a clean TIF >> here <<:

Then the following text set in DearMrPotter:

We are pleased to inform you that you have been accepted at
Hogwarts School of Witchcraft and Wizardry.
Students shall be required to report to the Chamber of Reception
upon arrival, the dates for which shall be duly advised.
Please ensure that the utmost attention be made to the list of
requirements attached herewith.
We very much look forward to receiving you as part of the new
generation of Hogwarts’ heritage.
Draco Dormiens Nunquam Titillandus

This text beneath professor McGonagall’s name is set in Lumos:

And finally Dumbledore’s name and title at the bottom set in Garamond:

Some people recommend coating white paper in various beverages and then baking it in the oven to achieve a parchment look but this can give you problems with the inkjet ink further down the line. I think it’s better to dodge the mess and just use a decent parchment paper. I found it best to set the text in a dark brown as black looked a little too strong but feel free to experiment.


This is set in 4PrivetDrive. If you look at the screenshots you will see I have placed the template at a 45 degree angle on an A4 page. This will give us an envelope that fits the A5 letter we have just created. You can download a clean template >> here <<.

4. Cut out the envelope


The envelope template is a very pale grey that should just be visible on the print, but is hopefully light enough that it will be hidden by the creases. Carefully trim along the outside lines, using a penny as a template to neatly round off the corners.


I used a bone creaser to crease the envelope.


Many people making recreations these days opt for the posh new Hogwarts seal sold by Warner Bros., however this was not the seal used in the movie. A simple letter ‘H’ in a shield outline is all that’s required.

I attempted a few different materials for making the seal, but eventually settled on Fimo. It’s non absorbent, holds detail well and most importantly, it’s quick! I took a two pence piece as the base and stuck a flat layer of Fimo on top, trimming it to the coin below to make a perfect circle.


I found a bottle cap to make the circular border on the seal, pushed it into the Fimo and gently removed it. 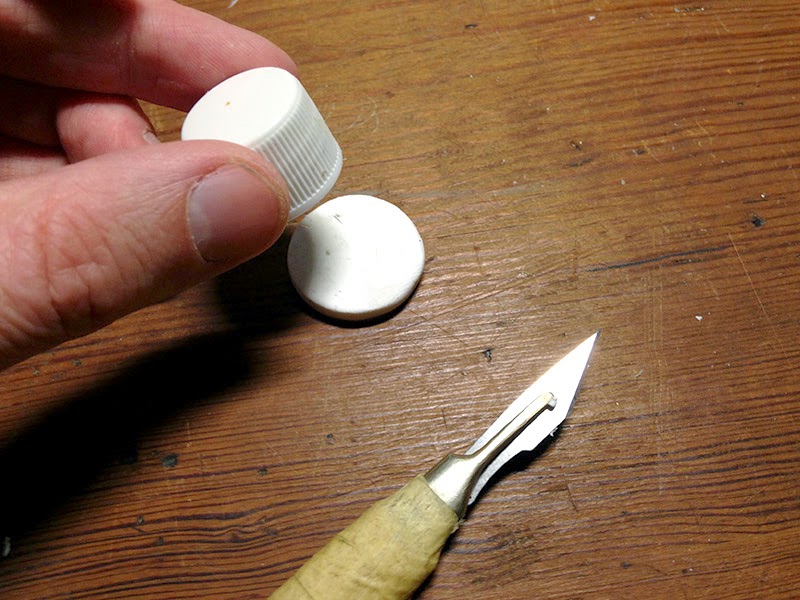 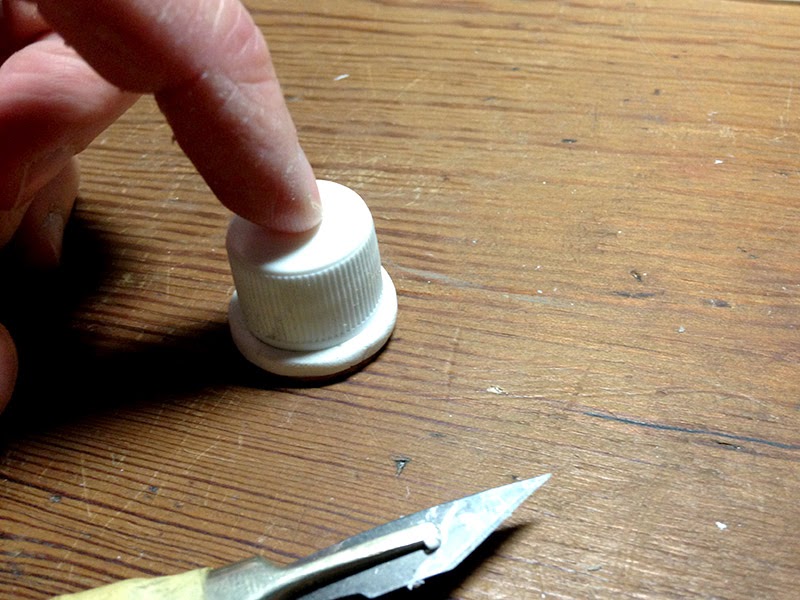 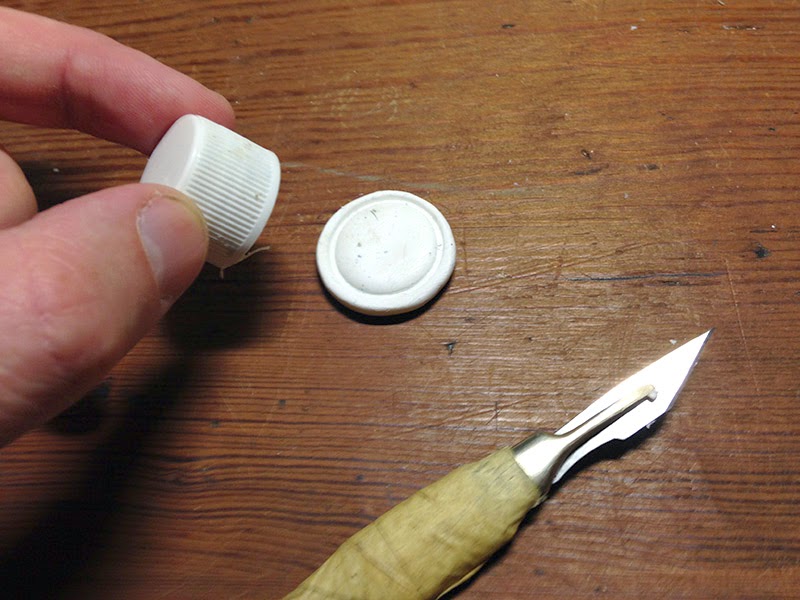 I then cut a small template for the Hogwarts shield and traced around it using a pen before carving the design into the Fimo with a scalpel.

To make a clean impression you need to use a really sharp blade and carve and remove material using small V shaped cuts. You need a steady hand and a delicate touch.

When complete this needs to be baked in the oven as per the Fimo instructions, then removed (being super careful not to touch the blisteringly hot coin).


You could use real wax for this but it’s not very durable, instead I used hot glue.

Take a flat piece of plastic, like you get in a blister pack, and pool some hot glue in the centre. Take the stamp and coat it in a little cooking oil before pushing it into the hot glue. Leave it to cool slightly before lifting the Fimo out. The oil helps stop the glue from sticking too firmly to the Fimo and eases the release. Without oil my first Fimo stamp only managed two impressions before splitting.


A quick lick of red paint finishes the seals and makes for quite a convincing wax effect.


Now we have to bring all of the elements together: The envelope needs the side flaps to be glued to the bottom centre flap and once dry, the letter needs to be folded in half and placed within. The final step is to attach the seal. With some careful gluing this can be done so the seal overlaps the flap, holding the envelope closed but not requiring removal to open.


I also printed a second page listing the items new students must bring to school. This page is signed by Lucinda Thomsonicle Pocus, and I expect if you were to type "lucinda" using the DearMrPotter font you might be delightfully rewarded with the signature of yet another Hogwarts Professor ;)

Since we've created this with type rather than templates the acceptance letters are open to all kinds of customisation. You can change the recipient, the address on the front, list of items required… the only limit is your imagination :)